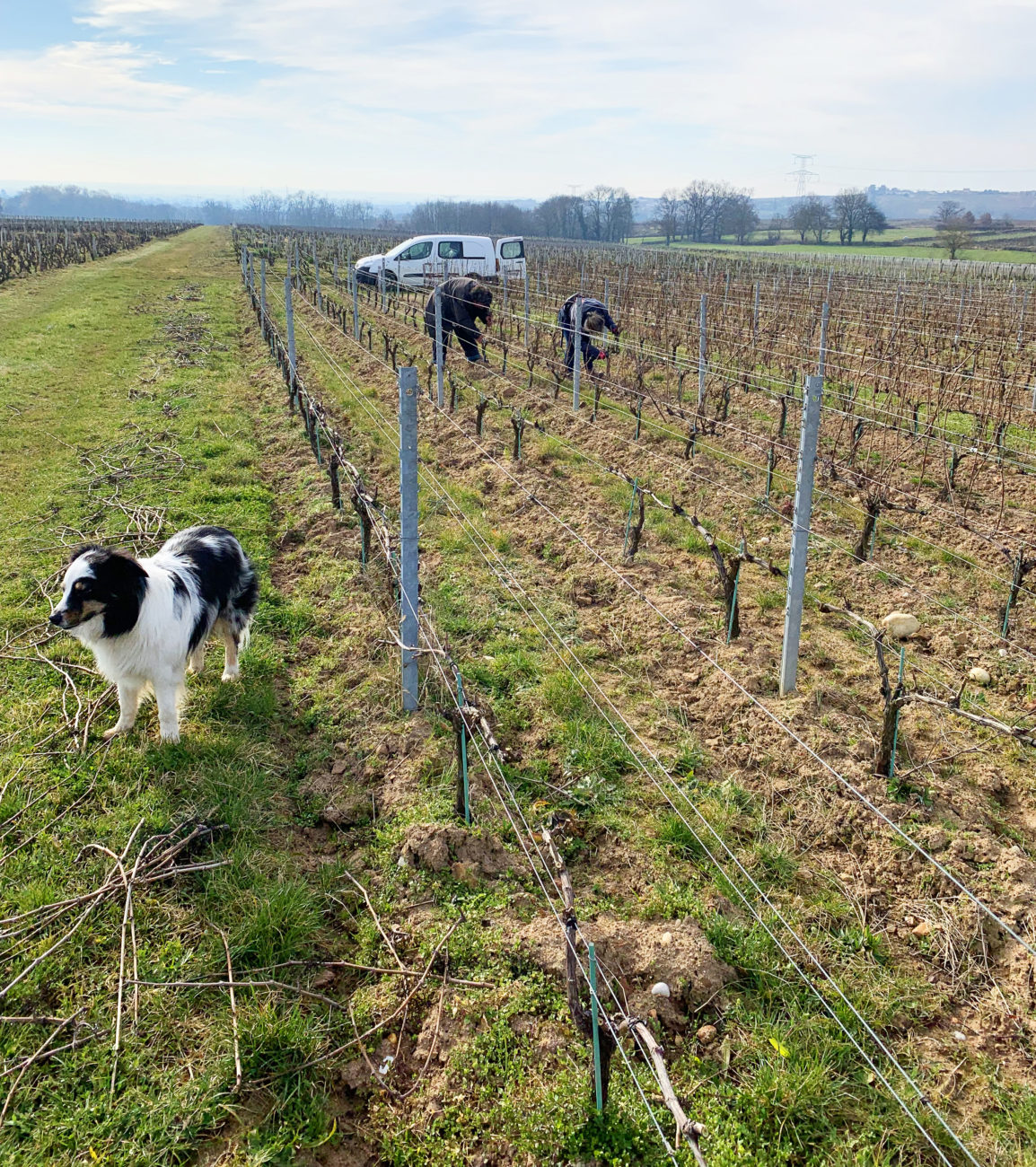 The beginning of March heralds the end of pruning for Maison Jean Loron. The vine is a liana and it is important to control its development to obtain strong shoots on the vine stocks. In fact, the goal is to fight against an acrotonic growth of the vine. In the vineyard of Maison Jean Loron, the vines are mainly pruned in Cordon, a short pruning, to limit the number of buds on the wood. The rods are bent over the binding wire to limit the sap flow to the terminal buds and concentrate it in the buds closest to the vine stock. Remember that pruning allows the vines to regain their vigour!

Pruning is also the starting point for a good harvest. The ultimate goal: to develop mature bunches by spacing the vegetation to let it breathe and optimise its exposure to the sun.

At Jean Loron, the shoots (wood cut during pruning) are crushed with a tractor. Shredding is an important step that respects the ecosystem. The decomposition of the shoots during the crushing process releases organic matter to enrich the soil with nutrients and thus increase the biomass. The crushed vine shoots make it possible to limit the use of fertilizers but also to improve the structure of the soil in order to fight against erosion and compaction.